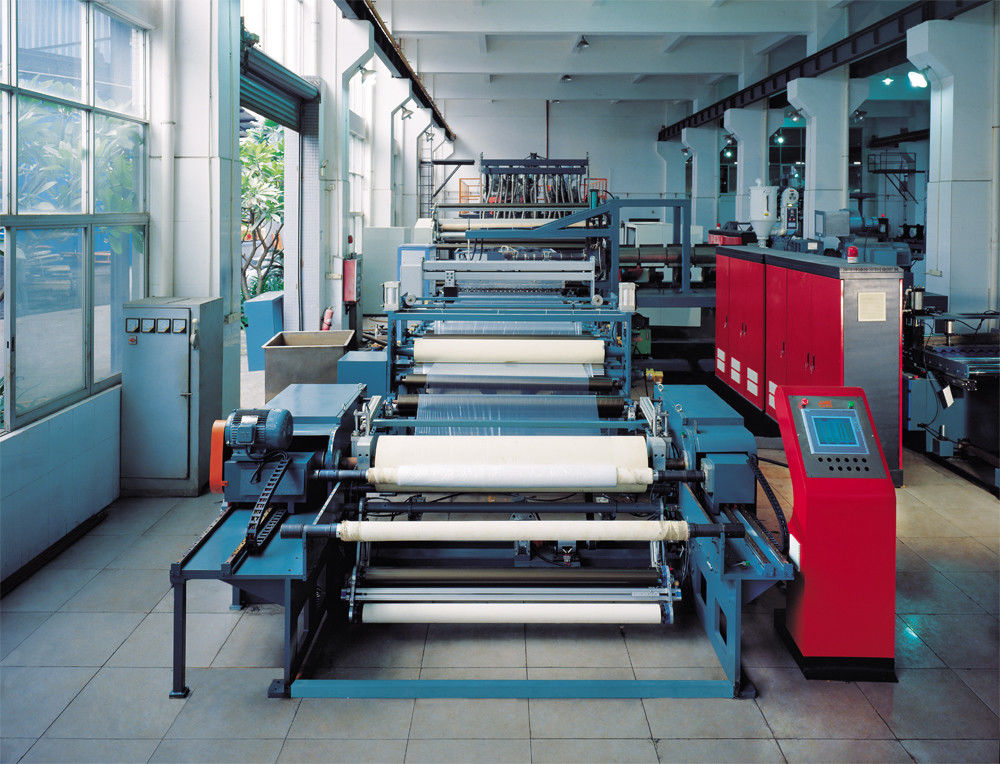 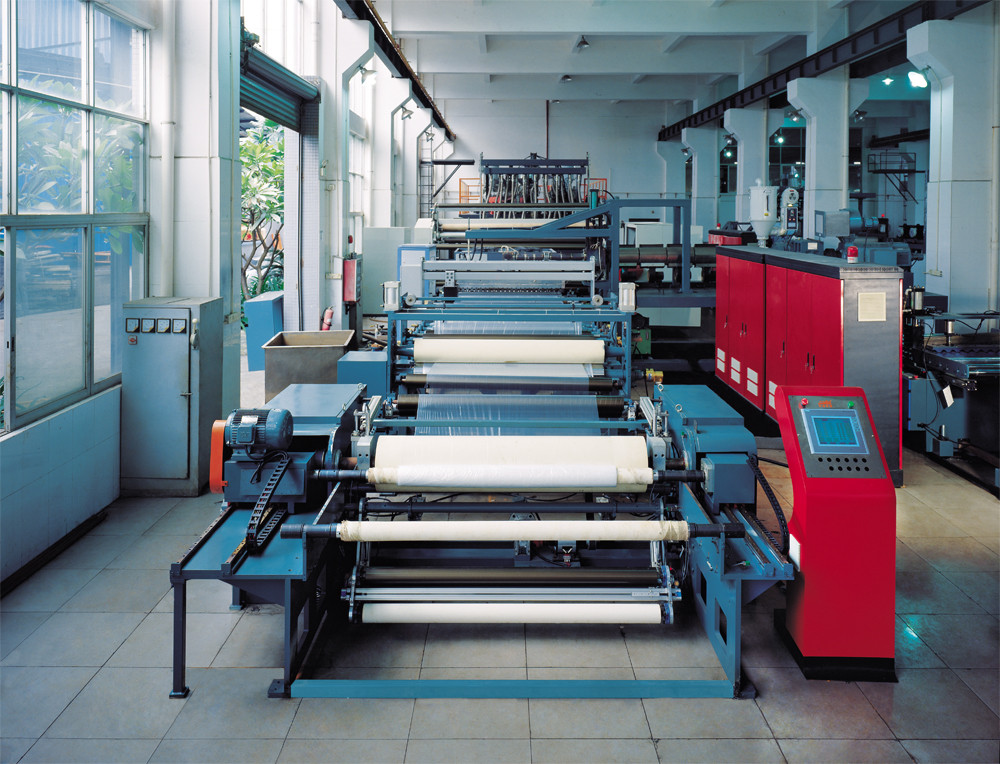 In a cast film extrusion process, a thin film is extruded through a slit onto a chilled, highly polished turning roll, where it is quenched from one side. The speed of the roller controls the draw ratio and final film thickness. The film is then sent to a second roller for cooling on the other side. Finally it passes through a system of rollers and is wound onto a roll.
Thicker polymer sheets can be manufactured similarly. A sheet is distinguished from a film by its thickness; by definition a sheet has a thickness exceeding 0.25 mm. Otherwise, it is called a film.
The cast film process is used for very tight tolerances of thin film, or for lowviscosity resins. Most flat dies are of T-slot or coat hanger designs, which contain a manifold to spread the flowing polymer across the width of the die, followed downstream by alternating narrow and open slits to create the desired flow distribution and pressure drop. Most cast film lines manufactured today are coextrusion lines, combining layers from as many as 7 extruders into the product through multimanifold dies, or else single manifold dies with the aid of feedblocks.